Catherine Anderson, her husband Hans, and two young daughters moved to Leavenworth with the arrival of the Great Northern Railway Company in 1892. Mrs. Anderson first operated a restaurant on Front Street, losing the business in the disastrous Thanksgiving Day fire of 1896, which destroyed most of Leavenworth’s commercial district.

Widowed by 1900, and with two teenage daughters (Bessie & Emma) to raise, she purchased the Commercial Street residence of local postmaster, Cart Christensen, Chelan County’s first county clerk, in May 1903.

While Leavenworth was already serving as the main supply station for the Blewett Mining District and division point of the Great Northern Railway, the incorporation of the Lamb Davis Lumber Company in 1903 would contribute most to the growth of the town in the early 20th Century. Along with the expansion of Mrs. Anderson’s residence, approximately fifty new buildings were constructed in 1903 alone.

An advertisement in the March 1904 edition of the Leavenworth Echo describes “Mrs. Anderson’s Lodging House” as having “Everything New — Clean Fresh Beds –­ Reasonable Rates”. Two of the town’s new single schoolteachers were among her first tenants. The “parlor” was the scene of her daughter Emma’s wedding in 1904.

It was only through heroic work that Mrs. Anderson’s Lodging House was saved from fire a few months after its 1903 opening. L. P. Hartwood recalls the memorable event in his Kye Stories published in 1935: 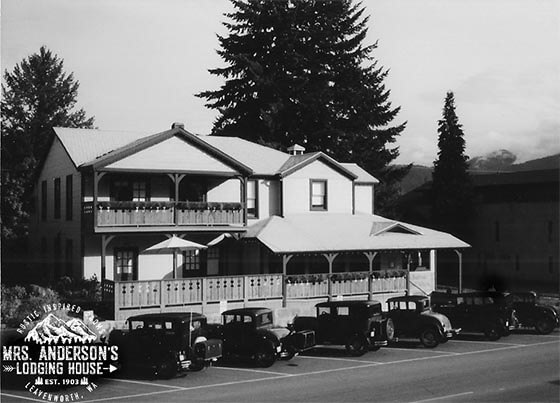 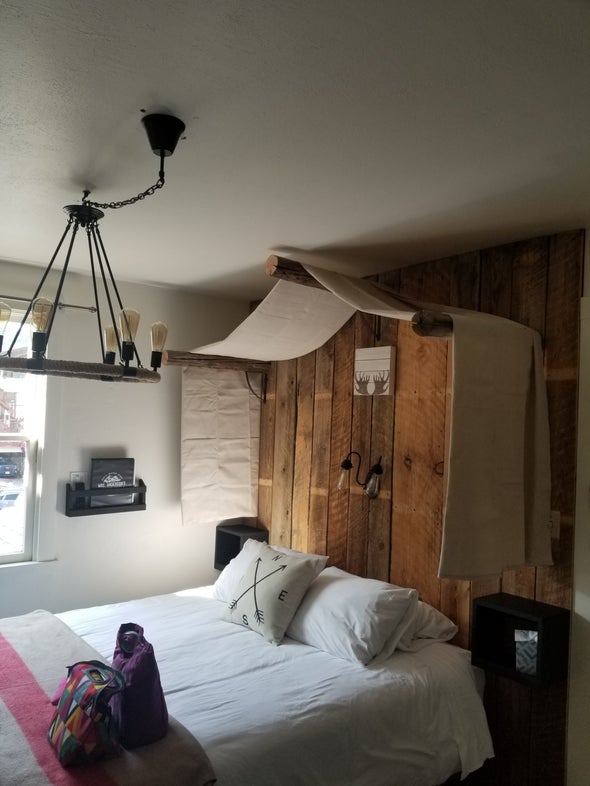 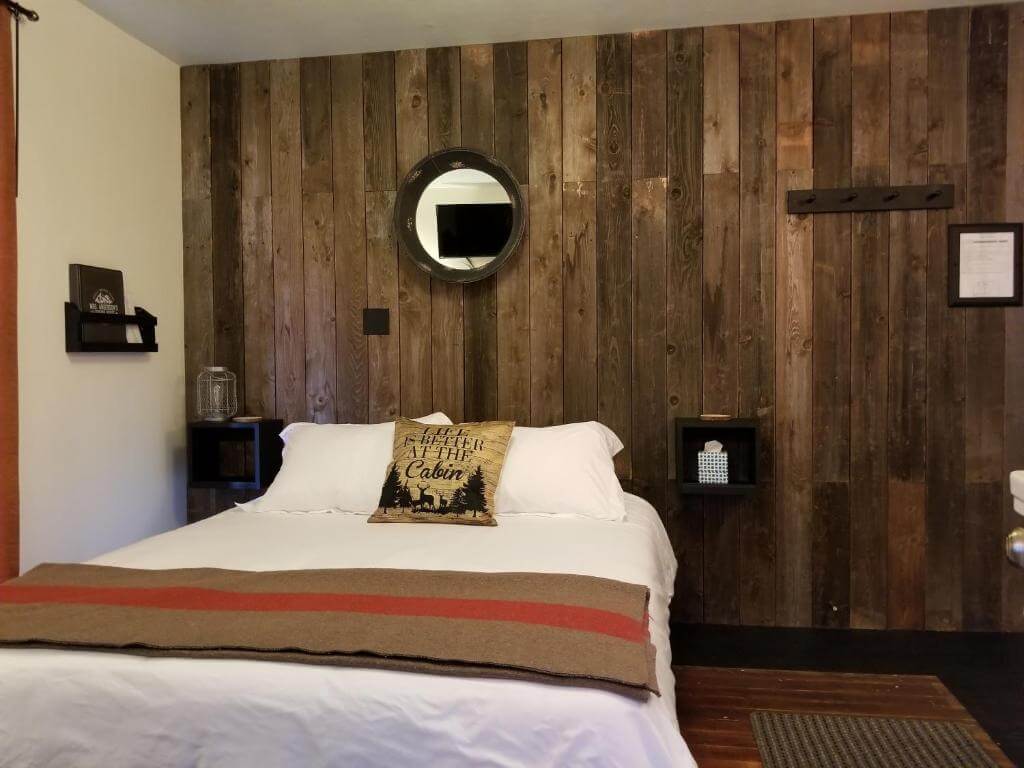 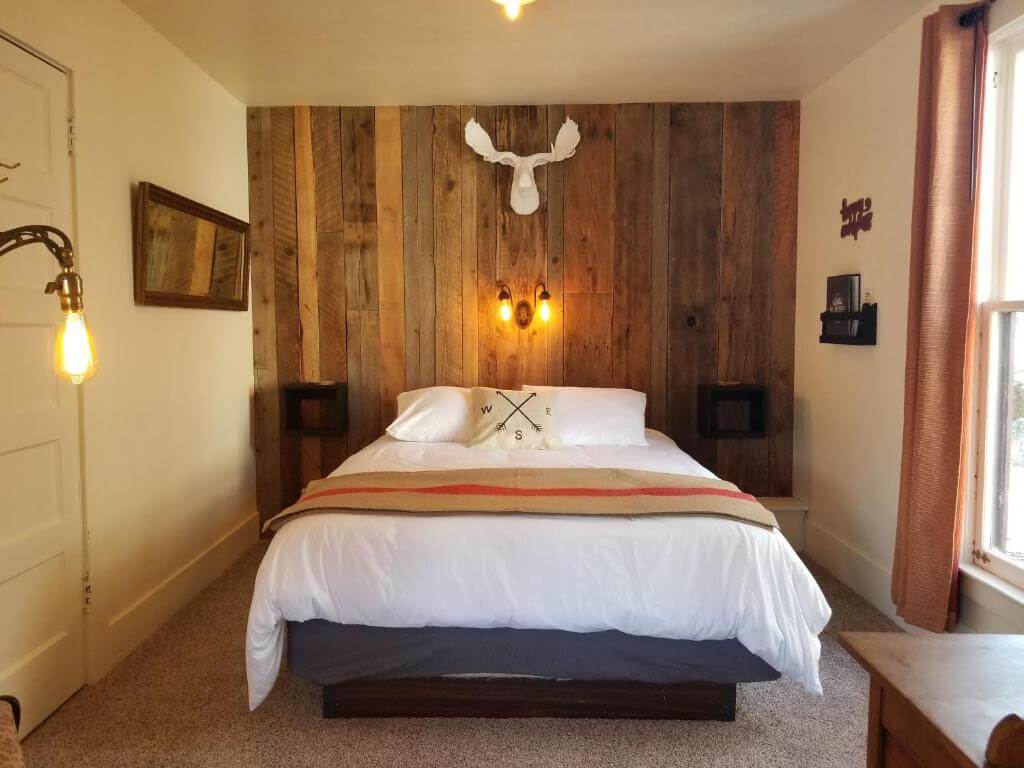 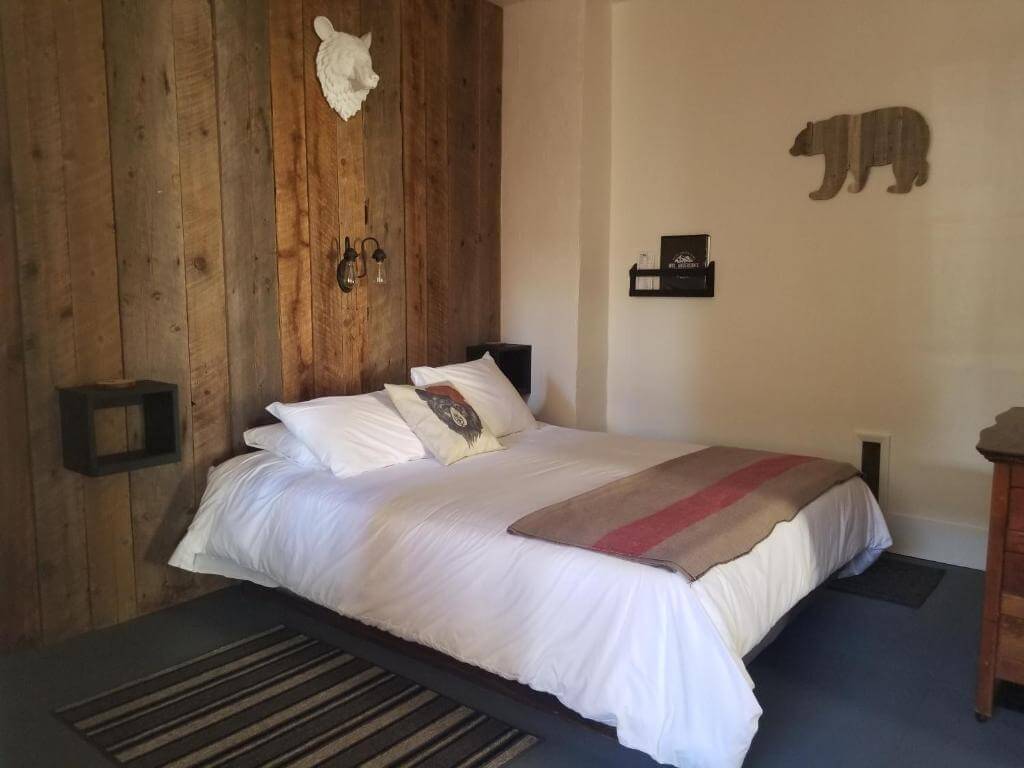 I’ll tell you what we did at Leavenworth one cold winter night. They was a small house set up kinda close to the Anderson Hotel. Some fellows came rushing into the Big Rock Saloon where a bunch of us watched a big poker game and yelled fire! Everybody jumps up, cause them days a fire was a great event, and we all follow him out to the blaze. The little house was burnin’ pretty bad. We all tears into help get the furniture out of the place, which was soon done, and then we stands around to watch the result. The hotel soon started gettin’ hot and the walls start to smoke. Well sir, it looked pretty bad and they wasn’t nothin’ we could do. Then some kid couldn’t resist the desire to throw a snowball.

Darned if the whole crowd didn’t start throwin’ snowballs and while the little house burned down, we saved the hotel!

Emma returned from Seattle to Leavenworth in 1927 and opened the Tumwater Gateway Cafe at the present location of the Tumwater Cafe at the corner of 9th & Commercial Street, a short distance from the hotel.

Mary (Minnie) Martin, the daughter of Mrs. Anderson, by a previous marriage in England, came to live with her half-sister Bessie at the hotel and later in the adjoining house presently occupied by Pinnacles West Antiques.

Bessie (Anderson) Davis married Alfred Anderson in 1923. She died in 1933 of a heart ailment leaving her husband and one son, Freddie, age 7.

Mrs. Brisky’s pet goose Oliver is fondly remembered by a generation of Leavenworth residents, who recall “Crystal” driving her car around town with Oliver bouncing around in the back seat.

With the re-birth of Leavenworth in the 1970’s and 1980’s, the building was renamed the Crystal Hotel which it remained until Mrs. Brisky’s death at the age of 81 in October, 1988.

Fully renovated and restored to its earlier days, Mrs. Anderson’s Lodging House, is now the oldest commercial wood frame building in Leavenworth and the oldest lodging facility re-opened its doors under new ownership. 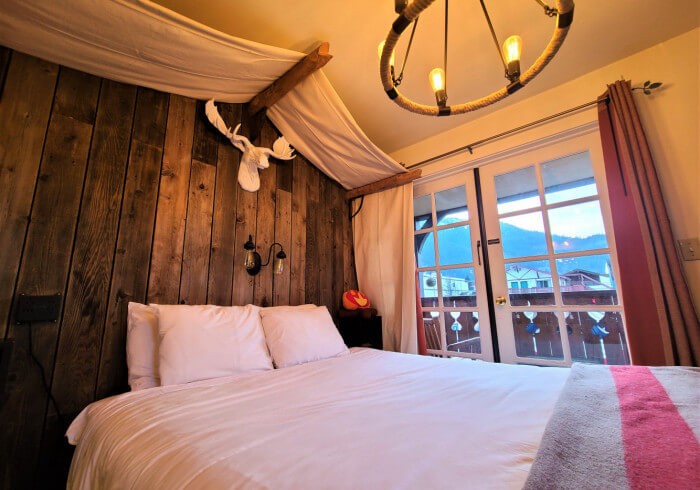